CBD is a powerful charm that alleviates our pains and offers a relieved mode of life. However, whether it can be used with other medication is a popular question. Here is an answer to it.

The interaction of almost every medication and supplement needs to be checked before consuming simultaneously, so possible CBD interactions are not something new or unique. Whenever a doctor prescribes a medicine, he enquires about the other medications that we intake. It is not an unnecessary intrusion to our matters but a convenient step to ensure medical safety. The only intention is not to cause us harm with medications.

CBD, a source of cannabis, has a proficient record of medicinal use marked from early civilization. Dated back to 10000 years, CBD is still one of the two major compounds influencing the excellence of cannabis-based products in potential therapeutic applications.

Can CBD oil interact with medications?

Everything we need to know

CBD is one of the 100+ byproducts of cannabis plants secreted in its resinous part. The immense potential of CBD in therapeutic applications has already earned global popularity in modern science. Research studies suggest that CBD effectively answers numerous symptoms without enforcing dangerous side effects as in conventional treatments.

Above all, unlike THC, CBD is a non-intoxicating cannabinoid byproduct that doesn’t involve high psychoactivity. With less than 0.2% THC, CBD oil in the UK is considered legal. CBD oil London products strictly follow the standards and are safe to be consumed.

Does CBD Oil react with alcohol?

CBD is considered safe for consumption in the UK, and alcohol is fine if consumed within limits. However, the effect of consuming both together is still a research topic.

Alcohol is a depressant that reduces brain stimulation. On the other hand, CBD is a relaxant that relieves our mood and develops a serene mind.

CBD and alcohol intensify each other’s effects when consumed together, causing drowsiness and behavioural changes in the consumer are often shared concerns.

The lack of scientific exploration makes it difficult to completely understand the original effect of intaking the combination of CBD and alcohol. Hence it is always wise to be cautious.

Regular heavy alcohol consumption has chances to produce adverse effects on your body, including damage to the liver and pancreas, nervous system, and brain. It may also cause an increase in cholesterol and blood pressure levels.

Although CBD does not have any adverse effect on the human body, it is always recommended that if we intake CBD and alcohol simultaneously, it should be done at moderate levels.

Blood pressure is defined as the pressure exerted against the walls of the arteries by the blood. It is arteries that carry blood from the heart to other body parts. Rising and falling blood pressure over a day is normal until it signifies a consistent rise in high blood pressure, a serious issue.

Shreds of evidence suggest that CBD helps in lowering blood pressure. If you are already taking blood pressure medications, it is important to inform your doctor before consuming CBD to help him either reduce or nullify the dosage of your medicines.

The Food and Drug Association does not promote CBD oil usage during pregnancy or breastfeeding. However, evidence on ascertaining CBD affecting the developing fetus is still lacking. Some pieces of evidence suggest that CBD affects the male fetus’s reproductive system in pregnant test animals. Daily doses of CBD were found to accumulate in the pregnant test mice and their fetuses.

However, to understand the facts correctly, there is a need for more research that investigates the potential effects of CBD during pregnancy and breastfeeding.

CBD affects the Cytochrome P450 system by binding to the site of enzymatic activity. It is a competitive inhibitor that prevents Cytochrome P450 from breaking down other compounds.

Lower CBD dosage will have either a little or zero noticeable effect on metabolizing medications. However, a larger dosage binds to a greater area of enzyme activity, thereby preventing the metabolism of a few medications.

Some of the drug classes, including Steroids and corticosteroids, HMG CoA reductase inhibitors, Calcium channel blockers, Antihistamines, Prokinetics, HIV antivirals, Antibiotics, Non-Steroidal Anti-Inflammatory Drugs, and Antidepressants, have drugs that interact with CBD. So when using medications, please consult a doctor and make sure that it is safe to use CBD during the medication. The major reason CBD itself performs the role of most of these drugs and hence using medication along with it may lead to a higher dosage.

Consult your Doctor Before Intake to Avoid CBD-Drug Interactions

It is always recommended to inform your doctor about your CBD cravings if you are under medication. It could help him understand the situation and suggest medicines that do not interact with CBD. Moreover, CBD can also act as a medicine for many stress-induced diseases and pain and inflammation. Hence, if you are already using CBD, your doctor can suggest a lower dosage of medication or suggest the right CBD for your symptoms. 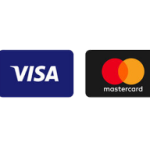